2023: If Elected, I’ll Declare a State of Emergency on Youth Employment, Says Lamido


Dutse – The People’s Democratic Party (PDP) gubernatorial candidate for Jigawa state, Dr Mustapha Sule Lamido, has declared that if elected, his government will declare a state of emergency on youth unemployment.

In a statement sent to Legit.ng on Monday, January 2, Lamido also said that his government will emphasize on skill-based education, expansion and modernization of agriculture.

He noted that investment in youths will spur the economy of Jigawa and bring the state at par with its peers in the country. 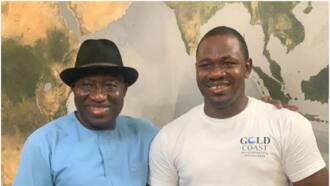 He further stated that his administration will delve into such areas as Information and Communication Technology, sports and the entertainment industry.

“If elected, we will declare a state of emergency against unemployment, youth restiveness and women underdevelopment.

“We will emphasize on skill-based education, expansion and modernization of the agricultural sector, development of information and communication technology, reviving the sports and entertainment industries.

“We will create a database of all Jigawa state graduates for linkage to employment opportunities.

“We will introduce graduates internship programme for university and college students after NYSC. The programme will post them to different government ministries on a 6-month internship.”

He also reiterated his earlier promise of reserving 30% of all appointments for women, free maternal care and free girl child education once elected.

The 40-year-old politician, businessman, and philanthropist, studied political science at the University of Abuja, and later bagged a master’s degree at Ahmadu Bello University, Zaria focused on international relations and diplomacy. 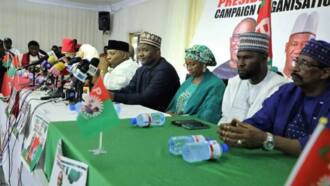 He also bagged a PhD via Masters in international affairs and diplomacy.

The youths were led by the Director-General of PDP New Generation, Audu Mahmood.

Thousands of youths in the northwest state marched on the streets in show of solidarity, in support of Atiku/Okowa presidential ticket and Lamido’s governorship ticket.

Earlier, the PDP New Generation held a zonal youth symposium for the northwest region of the country on Saturday, December 24, in Kano state. 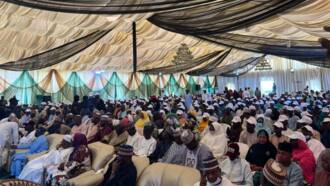 According to a statement sent to Legit.ng on Monday, December 26, 2022, by the media team of PDP New Generation, the event witnessed thousands of youths from across all the seven states of the northwest.

In his welcome address, Mahmood stated that the symposium seeks to open up a discourse on nation-building as regards Atiku and all other PDP candidates in the northwest.