As Nigeria enters into the penultimate month of the much-anticipated 2023 general elections, Nigerians are filled with anxiety and uncertainties over the state of insecurity.

Insecurity has often become a trend as there have been a series of attacks in some states in time past due to electoral violence.

Similarly, worrying issues like banditry, terrorism and inter-communal clashes have over the years been prevalent in Nigeria.

However, new statistics released by StatiSense on Sunday, January 8 has revealed some of the safest states in Nigeria.

According to the data released by StatiSense, only 10 states out of the 36 states of the federation made the final cut for the top ten safest states in Nigeria. 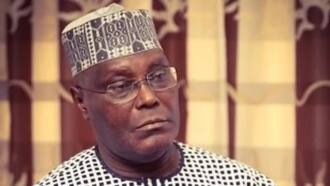 Where is Atiku? Twitter goes berserk over PDP flagbearer’s whereabouts

The data analysis agencies based their stats on the state with the lesser number of deaths caused by insecurity for the year 2022.

The chart was topped by Ekiti state in the southwestern part of Nigeria which recorded only 6 deaths in 2022 as a result of insecurity.

Shockingly, another southwest state (Oyo) completed the log and recorded the highest number of deaths (46) by violence.

Below is the list of safest states in Nigeria