From Taylor Swift, Lizzo To 28-Time Grammy Winner Beyoncé Knowles, These Are Musical Artists Who Have Been Forced To Change Their Song Lyrics After Earning Backlash On The Internet.
Musicians do not always get a warm welcome when releasing their artworks.
Instead, they got in trouble after people notice that their lyrics contain offensive words such as racis, homophobic as well as ableist slurs.
Here are the lists of singers/rappers who changed their lyrics due to some offensive lines.

1 .Taylor Swift
Taylor Swift once faced backlash over her 2006 single, “Picture to Burn”.
On the track, the Grammy winner sang, “So go and tell your friends that I’m obsessive and crazy/ That’s fine, I’ll tell mine you’re gay.
“While she didn’t directly respond to the criticism at that time, the 32-year-old beauty told MTV in 2011, “Now, the way that I would say that and the way that I would feel that kind of pain is a lot different.”
The lyrics were subsequently changed to, “That’s fine, you won’t mind if I say.

Taylor Swift – ‘Picture To Burn ‘While most of these artists have addressed the criticism directly and even issued a public apology for offending a certain community with their lines, others chose to quietly changed their bars.
While she didn’t directly respond to the criticism at that time, the 32-year-old beauty told MTV in 2011, “Now, the way that I would say that and the way that I would feel that kind of pain is a lot different.”
The lyrics were subsequently changed to, “That’s fine, you won’t mind if I say.

2.Notorious B.I.G
‘Gimme The Loot’
landed in hot water following the release of “Gimme the Loot” back in 1994.
On the robbery anthem, the late emcee rapped, “Then I’m dippin’ up the block and I’m robbin’ b***hes, too/ Up the herringbones and bamboos/ I wouldn’t give a f**k if you’re pregnant/ Give me the baby rings and the #1 Mom pendant.

Lil Wayne – Future’s ‘Karate Chop’ Remix Lil Wayne was seemingly a little bit tone-deaf on Future’s “Karate Chop” remix.
He name-dropped murdered civil-rights figure Emmett Till in his lyrics that read, “Pop a lot of pain pills/ Bout to put rims on my skateboard wheels/ Beat that p**y up like Emmett Till.
“After Emmet’s representatives and family members of the Till family slammed the “dishonorable” song, Epic Records decided to pull it down. ”
We regret the unauthorized remix version of Future’s ‘Karate Chop’, which was leaked online and contained hurtful lyrics,” Epic said in a statement. ”
Out of respect for the legacy of Emmett Till and his family and the support of the Reverend Jesse L Jackson, Sr
we are going through great efforts to take down the unauthorized version.

Black Eyed Peas – ‘Let’s Get It Started’Black Eyed Peas’ “Let’s Get It Started” was such an instant hit.
However, little did fans know that the group quietly changed the lyrics of the “Elephunk” track after it contained an insensitive word.
The chorus initially read, “Let’s get retarded,” but they changed it into the song’s title.
The classic 2003 tune was re-recorded in the following year with new lyrics as it would be used in NBA Playoff commercials.
5. J.Cole

In the song, she refers to herself as a “runaway slave master,” acknowledging that Kendrick Lamar’s “Look Out for Detox” served as inspiration.

Although she has yet to edit out the phrases, the Australian raptress has expressed her remorse. “In all fairness, it was a tacky and careless thing to say and if you are offended, I am sorry,” she said. “I don’t hate any race of people, and it pains me to wake up to other young people being misled to believe I do.” 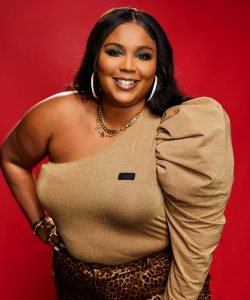 Lizzo also caused a stir with her song.
drag_indicator
The Grammy-winning musician recently came under fire for using a “ableist slur” on the song “GRRRLS.” She sung, “Hold my bag, b***h/ Hold my bag/ Do you see this s**t?/” in the song’s original first line.

Yo, where’s my best friend?
I’m about to punch someone out.
I’m a spaz.
She is the only person I know who can talk me out of something.
Lizzo promised to do better after observing the criticism she had received. “I’ve been informed that the term ‘GRRRLS’ in my new song contains dangerous material.

The identical phrase was also utilized by Beyonce Knowles in her latest song, “Heated,” which she co-wrote with rapper Drake.

The 40-year-old megastar sang, “Spazzing on that a**, spaz on that a**,” which is a disparaging phrase for spastic diplegia, a kind of cerebral palsy.
She acknowledged that the line made some people angry and said via a representative that it will be modified. “The word, not purposefully used in a bad way, will be replaced,” the representative said.