Aisha Buhari, the wife of the Nigerian president, had commended the leadership of the All Progressives Congress (APC) Adamawa state chapter for asking her to step in on the crisis rocking the party at the state level.

The first lady, taking to her Instagram page, reiterated her commitment to the genuine concern of the party while noting that the politics in Adamawa state requires nothing but common sense. 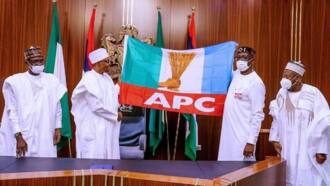 The president’s wife then goes further to appeal to the northern political class to emulate their counterparts in the southwest by picking women as deputy governors.

She said it would be:

“A gradual approach to obtaining gender inclusion in our polity.”

Aisha Buhari said the approach would be the most realistic to achieve gender justice rather than pursuing the misplaced ambition of personal do-or-die politics.

The first lady’s comment is coming on the background of the crisis that rocked the party after Senator Aisha Binani, emerged as the governorship candidate of the APC in the state.

Binani had defeated the former governor of the state, Bindow Jibrilla and Nuru Ribadu, the pioneer chairman of the Economic and Financial Crimes Commission at the primary. 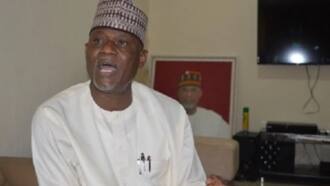 Her election was nullified by a federal high court in Yola but she was recently reinstated by an appeal court in Jalingo.