China has abruptly reversed tight pandemic restrictions that kept the world’s second-largest economy isolated for the past three years.

On Monday, Beijing announced it was ending quarantine measures for overseas arrivals from January 8, the latest move to loosen its zero-Covid regime, after it dropped mandatory testing and lockdowns earlier this month.

China’s scrapping of pandemic restrictions has spurred hopes for its economic revival but also raised fears it will add to inflationary pressure.

“While a full China reopening could provide a much-needed and timely boost to the global economy, it may come with unwelcome ambiguous strings attached,” said Stephen Innes of SPI Asset Management. 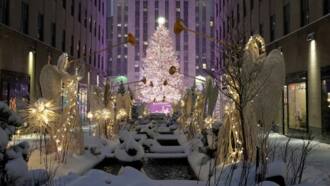 “The good news is that inflation subsides as China reprises its role as a supplier of low-cost goods globally and supply chain bottlenecks ease,” Innes said.

“Still, the bad news is as growth accelerates through Q1, China’s insatiable demand for raw materials and all things energy will push up prices of those commodities, much to the consternation of the Fed and ECB. Indeed, reopening is rekindling some inflationary spirits.”

Fresh data last week indicated a slowing of US inflation, but the news was not definitive and eyes will be on how the Federal Reserve moves to balance inflationary concerns alongside the possibility of a recession caused by increased borrowing costs.

“We may get a pivot later on next year from the Federal Reserve where they actually start cutting rates, but that’s going to happen when the situation is going to become much more dire than it is now,” Matt Maley, chief market strategist for Miller Tabak, said on Bloomberg TV. 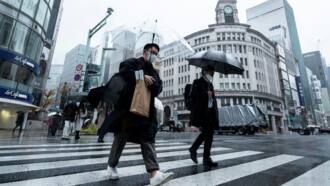 “If we just have this slow grind lower, the Fed’s going to keep interest rates at high levels even if they stop raising rates in any kind of way.”

Hong Kong jumped more than two percent as investors digested the Covid news from Beijing on the first trading day after the Christmas break, with China-related stocks and technology issues seeing big gains.

China’s moves to reopen also gave a boost to oil prices on hopes for renewed demand from the world’s biggest importer of crude. Russia’s move to ban exports to countries complying with a price cap on its crude has also helped drive prices higher.

The price ceiling was imposed by Western nations as part of efforts to slash a major source of revenue for Russia. 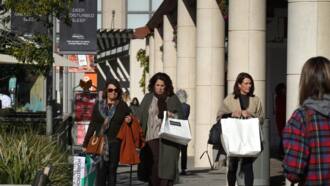 Both US benchmark West Texas Intermediate and international benchmark Brent were higher in Asian trade.