Optimism grew among non-manufacturers, however, and both readings beat market expectations.

The BoJ’s quarterly Tankan survey — considered the broadest indicator of how Japanese businesses are faring — showed that major manufacturers still feel much more upbeat than during the depths of the Covid-19 pandemic.

Confidence among large manufacturers stood at plus seven, down slightly from plus eight three months earlier.

A positive figure means more manufacturers see business conditions as favourable than those that consider them unfavourable.

Economists had forecast plus six for Wednesday’s reading.

“Weak demand in overseas markets including China, which was hit by its zero-Covid policy, was a headwind for manufacturers,” chief economist Saisuke Sakai of Mizuho Research & Technologies, told AFP. 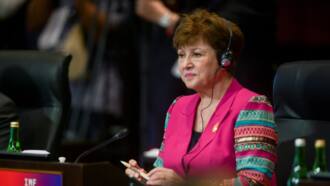 The reading has been falling since April after nearly two years of improving sentiment, which had plunged to minus 34 in June 2020 as Covid-19 restrictions pummelled the economy.

Among large non-manufacturers, business confidence improved to 19 from a previous reading of 14, the Tankan showed. Market economists had forecast plus 16.

For non-manufacturers, “the government’s tourism campaign subsidies as well as loosening of border controls prompted recovery in demand,” Sakai said, noting that recent indicators showed a solid recovery in consumption.

“On the whole, the economy is not in bad shape, but looking ahead, the prospect of a global economic slowdown is a risk,” said Shinke Yoshiki, chief economist of Dai-ichi Life Research Institute.

Sakai agreed and said that inflation, fuelled by high energy costs and the weak yen, would also continue to weigh on Japan’s economy.

Inflation hit a four-decade high of 3.6 percent in October, ramping up pressure on Japan’s central bank to move away from its ultra-loose monetary policies.

The government in October pledged to spend $260 billion on a stimulus package to cushion the economy from the impact of inflation and the lower yen.