Don Jazzy Turns Dancer, Makes BBN’s Modella Blush Hard as She Buys Mercedes Benz and Drives It to His House

The ex-Level Up housemate happily took to her official Instagram page with a post announcing her new acquisition.

In the caption, Modella mentioned how she lost one ride and has now copped another one. She also shared pictures of herself posing with the sleek whip. 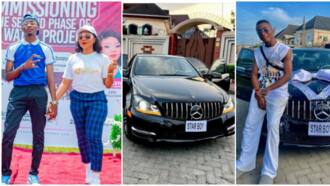 “I love you so much”: BBNaija’s Queen surprises young brother with his 1st car, spends millions on Benz

Interestingly, the first public visit she made with the car was to Mavin Records boss, Don Jazzy’s residence.

A video making the rounds online captured the moment Don Jazzy came out to check the new car and join Modella in celebrating.

Watch the clip as sighted online below:

“You are doing too much baby girl ❤️.”

“Congratulations to her @donjazzy did .”

“All of you shouting Don jazzy bought it for please did she tell you she bought it herself?? What’s wrong if he gets her a car.” 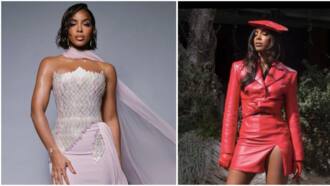 Queen penned an epistle to her sibling on Instagram while mentioning how he has been so supportive of her brand.

The reality star shared pictures of her brother and his new ride and many people hailed her for putting her family members first.