Former President Donald Trump sued CNN for defamation, claiming the cable news network has escalated a campaign of libel and slander against him recently because it fears he’ll run for re-election in 2024. 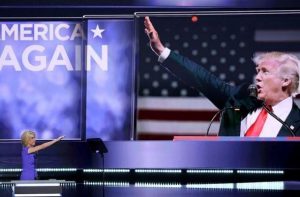 CNN has attempted to taint Trump “with a series of ever-more scandalous, false, and defamatory labels of ‘racist,’ ‘Russian lackey,’ ‘insurrectionist,’ and ultimately ‘Hitler,’” the former president’s lawyers said in the suit filed Monday in federal court in Fort Lauderdale, Florida.

Trump is seeking at least $475 million in damages, according to the filing.

CNN didn’t immediately respond to an email requesting comment on the lawsuit.

Trump hasn’t shied away from suing his perceived enemies since leaving office, though he’s had limited success. His lawsuit accusing his 2016 election rival Hillary Clinton and dozens of others of conspiring against him with allegedly fake Russia claims was tossed out by a federal judge in Florida last month. 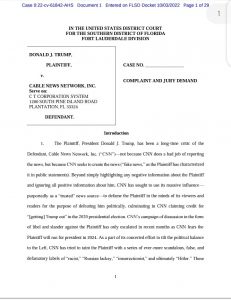 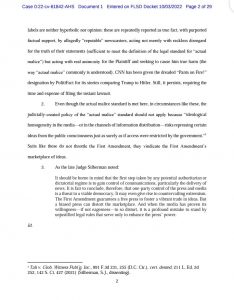 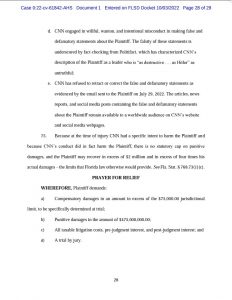