The EU vowed billions of dollars of investment in southeast Asia Wednesday, as leaders looked to bolster ties at a summit in the face of the Ukraine war and challenges from China.

The European Union billed its first full summit with the Association of Southeast Asian Nations (ASEAN) in Brussels as a chance to push trade relations with the region’s fast-growing economies.

“There might be many, many miles that divide us, but there are much more values that unite us,” European Commission President Ursula von der Leyen told the gathered leaders.

But different opinions over Russia’s war in Ukraine and concerns about tensions with China over a key shipping route for global trade loomed over the meeting.

The EU has been on a diplomatic push to galvanise a global front against Moscow as its invasion has sent economic and political shock waves around the world. 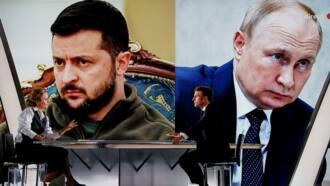 ASEAN’s 10 nations — nine of which were represented, after Myanmar’s junta was not invited — have been divided in their response to the Kremlin’s war on Ukraine.

Singapore has gone along with Western sanctions on Russia, while Vietnam and Laos, which have close military ties to Moscow, have remained more neutral.

Along with Thailand, they abstained from a United Nations vote in October condemning Russia’s attempted annexation of regions of Ukraine seized since February.

The diverging views led to intense wrangling over a final declaration from the summit as the EU pushed for stronger language to condemn Moscow.

A draft of the final statement said “most members” decried Russia’s war, but conceded there were also “other views and different assessments”.

While Europe pressed for a tougher response to Russia, another global giant figured prominently at the summit. 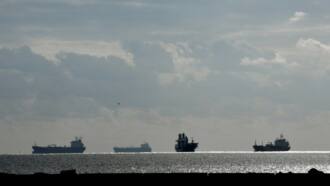 Chinese claims over the South China Sea have set it against some neighbours and sparked fears in Europe over trade flows through the key global thoroughfare.

But China remains the biggest trade partner for ASEAN and many in the region are wary of distancing themselves from their giant neighbour.

The EU is keen to pitch itself as a reliable partner for southeast Asia’s dynamic economies amid the growing rivalry between Beijing and Washington.

The EU and ASEAN are each other’s third-largest trading partner and Europe sees the region as a key source for raw materials and wants to increase access to its booming markets.

EU nations are pushing to diversify key supply chains away from China as the war in Ukraine has highlighted Europe’s vulnerabilities.

Von der Leyen offered an investment package over the next five years worth 10 billion euros ($10.6 billion) under the EU’s Global Gateway strategy designed as a counterweight to China’s largesse. 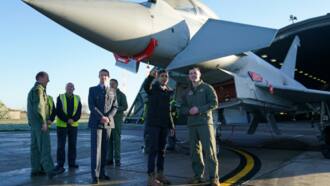 “There is a battle of offers today in the geopolitical arena, not only a battle of narrative,” said EU foreign policy chief Josep Borrell. “We have to offer more.”

ASEAN and the EU suspended their push for a joint trade deal over a decade ago — but the bloc’s top officials said they hoped to relaunch efforts for a broad agreement.

So far deals with Vietnam and Singapore are in place, and the EU is looking now to make progress with ASEAN’s largest economy Indonesia and to resume talks with Malaysia, Philippines and Thailand.

One issue that risked clouding discussions was a new law in Indonesia criminalising sex outside marriage that has sparked fears for foreign visitors to country.

Indonesia’s President Joko Widodo insisted though that the EU-ASEAN relationship needed to be based more on “equality”.

“There must be no imposition of views,” he said.

“There must not be one who dictates over the other and thinks that my standard is better than yours.”