The paramount ruler of Olomu Kingdom and Chairman, Urhobo Council of Traditional leaders, Dr Richard Ogbon, has conferred the chieftaincy title of ‘Ererukugbe’ on the governor of Kano State, Dr Abdullahi Umar Ganduje.

Why Ganduje, wife was honoured, the monarch revealed

Speaking during the ceremony that was held Saturday evening at his palace, the traditional ruler said the honour was to reciprocate the respect and love shown to his subjects by the governor. 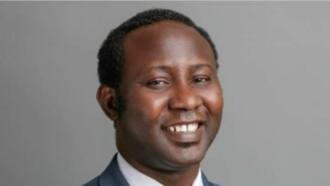 He explained that a prominent Urhobo son and onetime military administrator of Kano State, late Brig, Gen. Dominic Oneya, had told him about the amiable relationship between him and Ganduje, long before he became governor, and personally proposed that the Kano State governor be honoured with an Urhobo chieftaincy title.

Ogbon acknowledged that the governor was a detribalised gentleman who believed in national unity and appreciated him for appointing Chief Anthony Oneya as one of his special advisers.

A statement by the director general, media and public relations, Government House, Kano, Aminu K. Yassa, said Ganduje saw the honour to be in tandem with the ideals of national integration.

The statement added that the governor expressed optimism that the relationship between the Urhobo and Kano State would continue to grow from strength to strength. 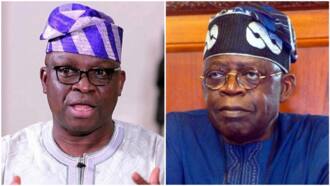 I won’t insult Tinubu to show I don’t support him, says Fayose

In another report, the Kano state government has described as lies reports that Governor Abdullahi Ganduje was among the three governors fingered by the Economic and Financial Crimes Commission (EFCC) as having stashed away funds in their houses.

The government reacted in a statement issued on Sunday, November 6, by the Commissioner for Information, Malam Muhammad Garba.

The commissioner said that while the EFCC did not mention the identity of the governors, the online publication “went ahead to make such false reference.”

Abdullahi Ganduje, the governor of Kano state, has said that Bola Tinubu’s presidency is already a sealed deal.

The governor made the revelation during his visit to the Hausa-Fulani communities in the Alaba Rago Ojo local government area of Lagos, a top state in the southwest geopolitical zone.

Ganduje then urged the Arewa community to support Bola Tinubu and his running mate, Kashim Shettima, the All Progressives Congress (APC) presidential flagbearers in the 2023 presidential election.