INEC commissioner and chairman Information and Voter Education Committee, Festus Okoye said the agency has a mandate to comply with the constitutional timelines set for the elections to avoid a legal crisis.

The Commission has been grappling with multiple attacks on its facilities and heightening insecurity.

“We are determined because by section 76(2), 116(2), 132(2) and178 (2) of the Constitution of the Federal Republic of Nigeria, 1999 (as amended) elections to the offices of President, Vice-President, Governors, Deputy Governors, and to the membership of the National and State Assemblies shall hold not earlier than one hundred and fifty days and not later than 30 days before the expiration of the term of office of the last holder of that office.

“By section 134 of the Constitution, a candidate for the office of the President must secure the highest number of votes cast in the election and a quarter of the votes cast in two-thirds of all the States of the Federation and the Federal Capital Territory (FCT), Abuja”.

Okoye noted that by Section 179 of the Constitution, a candidate for the office of the governor must secure the highest number of votes cast in the election and a quarter of the votes cast in two-thirds of all the local government areas of the state. 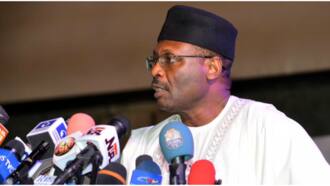 “These are strict and immovable timelines embedded in the constitutional and electoral ecosystem. Some of the timelines are cast in stone and immovable. They are not subject to the discretion of the commission or the courts.

“We seek the cooperation of all Nigerians and the critical stakeholders. The country is at the bar of a historic election driven by technology and we are determined to get it right.”

The INEC spokesman revealed that the commission had engaged in an internal and external review of the 2019 general election and identified the gaps that must be plugged and challenges that must be overcome ahead of the election.

He said: “Based on our evaluation of the issues, we started planning early and the result of early planning and courageous execution of duties and assignments manifested in the 105 off-cycle elections conducted by the commission since the 2019 general election.

“The present register of voters is robust, huge and credible and will be used to organise a good election in Nigeria.

“The commission has completed an audit of its local government and strategies stores to identify reusable materials. Minor and major renovation of the offices is ongoing and some have been completed.

“The commission has deployed over 60 per cent of the non-sensitive materials required for the conduct of the 2023 general election to its 774 local government offices and strategic stores. “The commission is confident of its processes and procedures and will deploy strategically and professionally during the 2023 general election.”

Describing the conduct of ever election as a shared responsibility of all stakeholders, Okoye said the commission wants a secure environment for the voters, materials, and electoral staff.

He said: “We are conscious of the security challenges in different parts of the country and have been assured by the different security agencies under the auspices of the Inter-Agency Consultative Committee on Election Security that they will secure the country for the 2023 general election.

“On our part, we have deployed our Planning, Monitoring, Implementation, Early Warning, and Support tool that allows us to move from a reactive or crisis mode to a proactive mode. We have deployed the 1-SANS which generates real time threat alerts to field assets”, Okoye said.

Giving an update on the ongoing distribution of Permanent Voter Cards (PVCs), Okoye said collection has been seamless.

“The collection has been progressing well despite hitches on the first day of collection. We urge all duly and validly registered voters to collect their PVCs. These include those that registered before the 2019 general election and did not collect their cards.

“Those that carried out multiple and double registration should stay away from the offices of the commission as the commission did not print their cards. Meanwhile, Legit.ng had reported that in the build-up to the 2023 general elections, the Independent National Electoral Commission (INEC) has continued to encounter security challenges ahead of polls.

An emerging report has confirmed that another fresh attack has been launched on an INEC office in Isu Local Government Area.’ This development was confirmed by the Resident Electoral Commissioner (REC) in Imo State, Prof Sylvia Uchenna Agu.

According to Agu, the tragic incident transpired in the early hours of Tuesday, December 20. It was gathered that the facility was vandalised beyond normal but the perpetrators were unable to gain access to the main building.

In another development, the Department of State Services (DSS) has made a major step towards restoring peace and stability in Imo state. 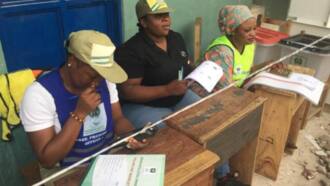 According to reports, the Imo state chapter of the security outfit has successfully arrested the mastermind of the INEC HQ in Imo state.

The DSS said it will continue to strengthen its operatives to ensure absolute law and order in the state.