Argentina face defending champions France in the World Cup final on Sunday with Lionel Messi seeking to win the honour that has so far eluded one of football’s greatest ever players.

In his way stands the prolific Kylian Mbappe and a France team aiming to win back-to-back World Cups for the first time since Pele’s Brazil in 1958 and 1962.

Messi, 35, has collected seven Ballon d’Or awards for the best player in the world, but the last time he reached the World Cup final it ended in the bitter disappointment of defeat to Germany in 2014.

It is Messi’s quest that will focus the world’s attention on the 89,000-capacity Lusail Stadium in Doha, the most spectacular of the remarkable venues that the desert state have erected to host the tournament, for the 1500 GMT kickoff. 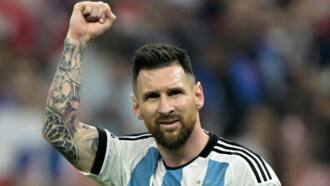 “I am well aware that Argentina will have a lot of fans behind them,” France coach Didier Deschamps said on the eve of the game.

“I know Argentina, many people around the world, and maybe some French people, hope Lionel Messi could win the World Cup, but we’re going to do everything to achieve our objective.”

Argentina goalkeeper Emiliano Martinez said: “People say the favourites are France. But we have the greatest player of all time.”

Deschamps has suffered a difficult few days since France beat Morocco — the first African team ever to reach the last four — in the semi-final.

His squad have been battling a mystery virus that is believed to have affected five players so far.

Central defenders Raphael Varane and Ibrahima Konate, and winger Kingsley Coman were forced to miss training on Friday because of the illness. Before that, midfielder Adrien Rabiot and Dayot Upamecano were ruled out of the semi-final.

Players, staff and sources close to the French squad have spoken of a range of symptoms including fever, stomach pain and headaches.

“We are trying to take as many precautions as possible, to adapt as necessary and get on with it,” Deschamps said.

He had cause for encouragement when all 24 members of his squad took to the field at the start of their last team training session before the final, although reporters were ushered away after 15 minutes.

Captain Hugo Lloris preferred to focus on the match, insisting he was not concentrating solely on Messi and noted how France had shaken off the injury-enforced absence from the tournament of key performers Karim Benzema, Paul Pogba and N’Golo Kante.

“Lots of people didn’t believe in us but here we are back in the final again,” said Lloris. 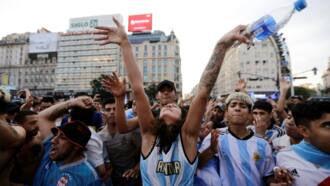 “We know what Messi represents in the history of our sport but this is a match between France and Argentina. We will do everything to win this last battle.”

Messi has been brilliant in his fifth World Cup and Sunday’s final is likely to be his last chance to match the achievement of Diego Maradona, who inspired Argentina to victory in Mexico in 1986.

But his Paris Saint-Germain teammate Mbappe, 23, is aiming to become the youngest player to win two World Cups since Pele achieved the feat at the age of 21.

France can also count on Antoine Griezmann, who has been highly influential from midfield in the run to the final.

Argentina supporters will dominate in the stadium, with at least 40,000 estimated to be in Doha.

Their passionate presence has been one of the features of this unusual World Cup, played for the first time outside of its traditional slot in the middle of year. Dream of World Cup final is over but Moroccans hail heroes

“We all believe this will be Messi’s day,” Ricardo Schwarz, a teacher from Cordoba, told AFP at the Souq Waqif in the centre of the Qatari capital.

Croatia beat Morocco 2-1 in the third-place playoff on Saturday, but the north Africans’ coach Walid Regragui predicted a team from Africa will win the World Cup in the next “15-20 years”.

The next World Cup in 2026 will be expanded to 48 teams and Africa will have nine slots, up from five at present.

“With nine participants, we’re going to learn. In 15, 20 years, I’m sure an African team will win the World Cup because we’ll have learned,” said Regragui.