Editor’s note: Dr Uche Igwe writes on the recent policies by the Central Bank of Nigeria, which has sparked controversy. Igwe is a senior political economy analyst and visiting fellow at Firoz Lalji Institute for Africa, London School of Economics and Political Science. He can be reached on u.igwe@lse.ac.uk

The recent announcement by Nigeria’s Central Bank to redesign the national currency has sparked a controversy whose end may not be in sight. On the 26th of November, the apex bank unveiled new 200, 500 and 1000 naira bills. The policy also limited weekly individual and corporate withdrawals to 100,000 and 500,000 naira respectively. At the centre of the controversy is the head of the apex bank, Mr Godwin Emefiele, who has continued to defend the policy as a move in the best interest of the country’s economy, the largest in Africa. 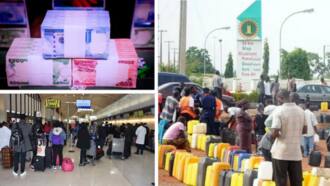 Japa, Naira Redesign and other top trends in the Nigerian economy in 2022

However, opposition is mounting against the policy from different high-level quarters, especially politicians who fear anything that can directly or indirectly stand in the way of their plans for the forthcoming elections. In the mix of opposition, politicians from the ruling party have been the most vocal. The Department of State Services (DSS), the country’s secret police, has levelled charges of terrorism financing, fraud and money laundering against the CBN governor. However, the DSS lost an application to the court to seek his arrest and detention.

85 per cent of issued notes circulating outside the banking system

Part of the reasons given by the Central Bank is that the policy will curb inflation, reduce the hoarding and counterfeiting of naira notes, and hasten the attainment of a cashless economy. According to data released by the apex bank, 85 per cent (2.73 trillion) of about the 3.23 trillion notes issued were circulating outside the banking system as of September 2022. It was also indicated that the policy would improve security by reducing kidnapping and terrorism by disrupting ransom payments. The World Bank applauded the naira redesign policy but warned that a rapid implementation could negatively impact the poor. The CBN pledged to shield vulnerable Nigerians from any negative implications that may arise from the policy. 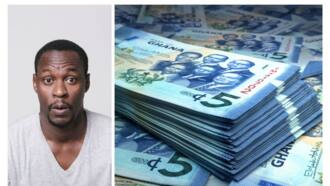 Ghana cedi Soars in value, regains 61 per cent value after 54 per drop

The cutoff date may have far-reaching implications for Nigeria’s forthcoming elections.

The deadline for the use of old naira notes, which was fixed for the 31st of January, has unsettled the political elite. According to informed analysts, the implication of the cutoff date would mean that these notes will cease to be legal tender and, in that case, would no longer be helpful to those who might have stockpiled them for one reason or another. Alluding to this objective, the chairman of the Economic and Financial Crimes Commission (EFCC), Mr Adulrasheed Bawa, insists that the naira redesign will curb corruption by targeting looted funds.

There are strong indications that politicians might have systematically stockpiled cash in preparation for the elections, and this policy might disrupt what is clearly a plan to use cash to influence through vote buying. The complex dimensions of the unfolding drama have been interpreted as a desperate effort by highly placed politicians, to ensure they frustrate the policy and guarantee their rigging plan. 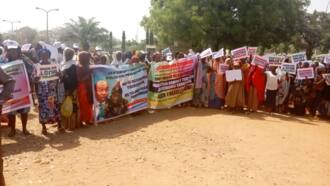 President Buhari confirmed that he approved the naira redesign policy and personally unveiled the new denominations, reaffirming that the new notes have been fortified with features that will prevent counterfeiting. Last October, the Nigerian Senate resolved to provide legislative support to the redesign policy.

However, as soon as the deadline was announced, the House of Representatives immediately summoned the CBN governor, demanding that the policy be suspended. The Speaker, Mr Femi Gbajabiamila, reportedly held a closed-door meeting with President Buhari on the issue. The Miyetti Allah Cattle Breeders Association joined the call to extend the deadline. The Senate asked for the extension of the deadline until after the elections.

A former governor of Sokoto state, now serving assSenator, described the redesign policy as unnecessary, thoughtless and controversial, insisting that it will plunge the people from northern Nigeria into more profound misery. The minister of finance, budget and national planning, Zainab Ahmed, had publicly kicked against the policy, insisting that neither she nor her ministry were consulted. 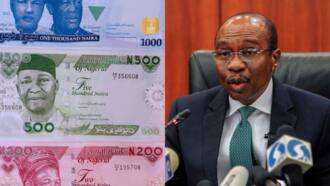 Part of the reason fueling the resistance against the restrictions on cash withdrawals is the perception that the policy is targeting the northern part of the country where the president comes from. The Arewa Consultative Forum had joined the opposition against the policy, insisting that many northerners who operate within the informal sector will be affected by the cash limit policy.

A coalition of northern groups vowed to take punitive actions against the CBN. The perception is largely false as many of these groups appear to be sponsored proxies who are prosecuting a well-rehearsed political agenda. Unsurprisingly some groups have started calling for the sack of the Central Bank governor by issuing President Buhari a seven-day ultimatum. Other groups have urged the president to ignore the call insisting that it lacks merit. One media outlet recently wrote a strong editorial supporting the call for the sack of the embattled central bank chief. 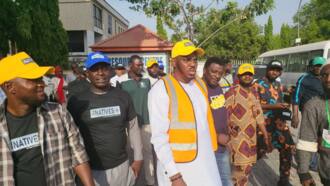 Resistance from within, an indication of withering presidential powers and the emergence of new power blocks

Transition periods are usually exciting times in politics, when the diminishing patronage capabilities of an outgoing Commander-in-Chief could trigger different responses by power brokers seeking survival. The ongoing controversy appears to have exposed the speculation that alternative interests might have infiltrated Nigeria’s seat of power. For instance, while President Buhari has demonstrated his approval and support for the naira redesign policy, it seems that some powerful politicians and security agencies led by the Department for State Services (DSS) are on a mission to disrupt the implementation process. Bukola Saraki, former President of Nigeria’s Senate, alluded to this.

The DSS ought to be under the National Security Adviser, who reports directly to the president. The manner in which the charges of terrorism were allegedly levelled against him exposed the underbelly of the plot. Such a grave allegation against someone holding such a very sensitive position would demand drastic action. That the DSS went to court but lost while allowing the CBN governor to stay in the office makes the plot look like an afterthought, similar to how the former chairman of EFCC, Mr Ibrahim Magu, was removed from office before a justification was exhumed. It also exposes that the players around the president are a non-cohesive lot, who lack coordination and have failed to come to a consensus about prosecuting their economic and political interests.

Godwin Emefiele is perceived as a close friend of President Buhari’s inner circle.

The current travails of the Central Bank governor surprised many who saw him as both submissive and subservient to the influential power circles around the president. He was one public officer who had no qualms about bending backwards to satisfy the interests of Buhari’s cronies, popularly known as the cabal. Many politicians and their associates benefited from CBN agricultural loan schemes, including the Agricultural Credit Guarantee Support Scheme (ACGSS) and the Anchor Borrowers Program (ABP). Emefiele’s rumoured interest in contesting for the office of president was one of the misadventures that worsened his public perception. Surprisingly, he was one of the first persons to be reappointed as soon as President Buhari was re-elected. The unfolding drama now looks like his allies in the presidency needed him for their agenda and now want to get rid of him. 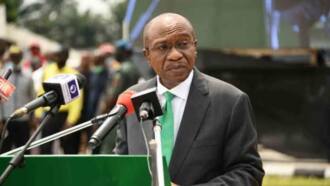 Godwin Emefiele: CAN reveals those behind call for CBN gov’s arrest

ISWAP terrorists are already working to circumvent the policy

Sources in Nigeria’s Central Bank believe that making the old currency obsolete could make tons of cash held in forest hideouts useless and probably lead to the decapitation of funding sources for terrorism. This could improve security in the country’s northeast and northwest parts. A group has described the policy as President Buhari’s best legacy in tackling insecurity. However, a Kaduna-based cleric Sheikh Gumi suggests that redesigning the naira may force terrorists to start collecting ransom in United States dollars. There are indications that the policy might have already thrown terrorists from the Islamic State of West Africa Province (ISWAP) into confusion as they have already started rejecting naira notes but have opted for West Africa CFA Franc.

President Buhari is reportedly under pressure from politicians and vested interests to arrest the CBN governor on trumped-up charges to halt the policy. Stakeholders insist that such action could have multiple negative implications on the economy. However, the president has repeatedly proclaimed locally and internationally that he plans to leave a legacy of free and fair elections. Multiple sources have confirmed that the naira redesign policy will minimize the use of cash to compromise the forthcoming elections through vote buying. President Buhari has promised free and fair elections in 2023. His ignoring calls to reverse the policy is seen by many as a clear demonstration of his insistence to keep to this promise. Recently, the president warned security agencies to desist from jeopardizing the 2023 polls. This was the second time in one month. Even critics of President Buhari and Godwin Emefiele are inspired by the potential of this policy in making Nigeria’s elections freer and fairer next year. They are rallying the necessary support to ensure that such good intentions are not thwarted by avoidable controversy orchestrated by a powerful but dubious parasitic elite. 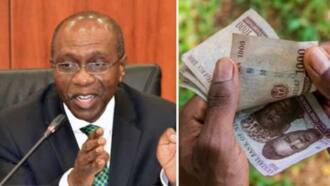 Disclaimer: The views and opinions expressed here are those of the author and do not necessarily reflect the official policy or position of Legit.ng.

Your own opinion articles are welcome at info@corp.legit.ng— drop an email telling us what you want to write about and why. More details in Legit.ng’s step-by-step guide for guest contributors.

Contact us if you have any feedback, suggestions, complaints, or compliments.