Port Harcourt, Rivers – The tragedy of the Peoples Democratic Party (PDP) has taken a new dimension as its Presidential Campaign Council (PCC) alleged that Governor Nyesom Wike of Rivers state planned to revoke the certificate of occupancy (C of O) of its campaign office in the state.

According to Leadership, the office is located along Onne Road in New GRA, Port Harcourt.

What is the allegation PDP is making against Wike in Rivers?

The Rivers state government through the ministry of urban development and physical planning sealed up the property on Friday, December 23.

Wike recently invoked executive orders 21 and 22 he had signed in recent times. The orders gave legal backing to the sealing off of the PDP presidential campaign office.

Leloonu Nwibubasa, the spokesperson of the PDP presidential campaign council in Rivers state, who spoke with journalists in Port Harcourt on Tuesday, December 27, noted that Wike’s action is not surprising as it was already planned.

Nwibubasa revealed that the supporters of Atiku Abubakar, the presidential candidate of the PDP in the state, have reliable information from a verifiable source that Governor Wike on Wednesday, December, will make public cancellation of the C of O of the property. 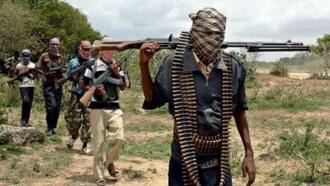 According to Nwibubasa, the building which is currently located at 32 Onne Road, GRA, is the location where the campaign council meet.

Legit.ng earlier reported that the rift between Governor Nyesom Wike and Atiku Abubakar, the presidential candidate of the PDP, might give birth to a new dimension in January before the 2023 election

This is as Wike, who is leading 5 governors of the PDP on their call for justice and equity within the leadership of the party promised to announce his preferred presidential candidate in January

On this background, a member of the APC’s national working committee expressed confidence that Wike-led G5 governors will throw their weight behind Bola Tinubu, APC presidential candidate