Reno Omokri, a chieftain of the Peoples Democratic Party (PDP), has again commented on the certificate saga of the All Progressives Congress (APC) presidential candidate, Asiwaju Bola Ahmed Tinubu.

The PDP chieftain had earlier said he was convinced Tinubu attended the American university after investigating the claim that the former Lagos governor lied about graduating from the school.

He said he “believed the lie” that Tinubu did not attend the school and “wasted $4000 plus flying to Chicago to investigate in person!”

As the issue refused to die down, Omokri again on Monday, November 28, shared the copy of a letter the university allegedly sent to him to confirm Tinubu graduated from the varsity. 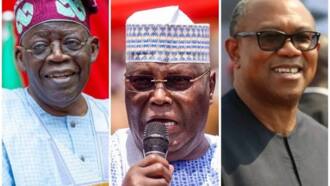 “Thanks all for your feedbacks. To those who feel the letter is fake, you may also either travel to @ChicagoState University, or contact them via their contact details which I hereby provide again (email CSU-Registrar@csu.edu. Phone +17739952000),” Omokri tweeted as he shared the letter.

“To Whom It May Concern:

“Please be advised that Bola A. Tinubu attended Chicago State University from August 1977 through June 1979. He majored in accounting and was awarded a Bachelor of Science in Business Administration with Honors on June 22, 1979.

“Office of the Registrar”

“Reno claims he visited Chicago state University on the 19th of September, and the document he presented is dated 27th of June.Can he kindly explain further?” 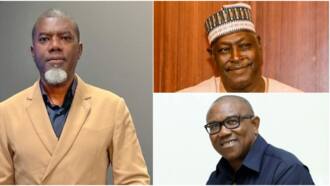 “The next thing to do now is request the full name behind the Abbreviated letter “A”. I think that will go a long way to solve the problem.”

“How did Reno went from supporting Atiku to defending Tinubu, going all the way to Chicago State University just to snap with sign board. Seems Atiku did him dirty in US the other day. He is shameless sha.”

“Rufai and Reno are doing the Lord’s work. If you feel Tinubu didn’t attend Chicago State University, send an email or call the phone number to confirm. Over flogging a stale and dead issue is embarrassing. Alternatively, go to Chicago like Reno did. Stop being mischievous.”