TCL 2023 TVs Will Have Higher Contrast and More Gaming Features

With video gaming an increasingly important part of TV usage, TCL, now the second top-selling TV brand in the U.S., has juiced its new 2023 TV models with a raft of new gaming technologies as well as generally increasing the number of backlighting zones to increase overall contrast and black levels. 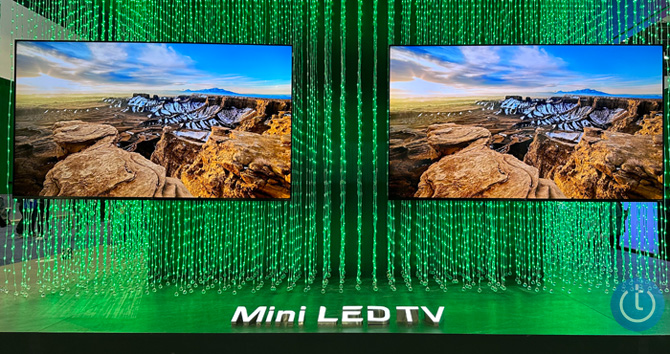 With its announcements at this week’s CES in Las Vegas, the company also has ditched its oft-confusing numbered series lines for two major lettered groups: entry-level S-Series and the quantum dot premium Q-Series, which includes, at 98-inch, the company’s largest-ever mini-LED model, and the company’s first OLED TVs. On the negative side, TCL will only include the popular Roku smart TV platform in its 2023 S-Series TVs while deploying the Google smart TV interface on the new Q-Series models. However, the company left the door open for adding Roku to Q-Series models.

All of TCLs 2023, regardless of price or panel technology, will have bezel-less designs, with the higher-end models featuring adjustable width stands. In somewhat of a surprise, TCL is not bringing any new 8K TVs to market, with one company executive noting that “there doesn’t seem like there’s 8K demand.”

In its S-Series line, TCL will have three good-better-best designations:

Top-line TVs in TCL’s Q-series lineup will include several souped-up screen refresh gaming features, including 120Hz panels instead of the usual 60Hz, variable refresh rate (VRR) that adjusts refresh rate depending on the on-screen action to 144Hz, and a Game Accelerator mode to 240Hz. For the 240Hz mode, the company admitted this extra-juiced refresh rate halves the vertical resolution. TCL’s 2023 Q-Series TVs are powered by the company’s new AIPQ processor and AMD FreeSync Premium Pro graphics processors.

There are three good-better-best lines within the 4K Q-Series sets in varying sizes, all with Google TV and, for the first time, IMAX Enhanced Certification:

TCL says it plans to start shipping its first OLED TV sometime in the second half of the year.

Stewart Wolpin has been writing about consumer electronics for more than 35 years, including news, reviews, analysis and history, and has attended and covered nearly 50 Consumer Electronic Shows and around a dozen IFA shows in Berlin. For the Consumer Technology Association (CTA), he is an elector for and writes the official biographies of the annual CT Hall of Fame inductees, and is the keeper of the industry’s official history.