What to know about Vasectomy Reversal

First of all, a little background: More than 600,000 men undergo a vasectomy each year in the US for permanent sterilization. Of those, about one of every twenty men (5%) will change their mind at some point. It could be 2 weeks later, or as in the case of my world-record patient, 42 years after vasectomy. But that’s what life is all about -surprises and change – sometime good surprises, sometime not so good. As I tell patients every week, life has a way of getting in the way of plans. Many men who wanted permanent sterilization, now find themselves wishing they could father children once again.

The good news is that for almost all men, a vasectomy reversal (http://www.dadsagain.com/vasectomy-reversal/) is an affordable and highly successful way to restore fertility. In fact, a review of several thousand of our own patients shows that we have been able to achieve more than a 90 to 96 % success, even for men who have had prior reversals! This same success rate is for all men, no matter how long ago they had their vasectomy. So this proves that the age old idea that the number of year from vasectomy to reversal determines success is hogwash.

Yet many doctors do not know or understand that a vasectomy reversal is highly successful when performed by a skilled and experienced microsurgeon.

The most common medical reason to have a reversal is for treatment of severe pain following a vasectomy, called post-vasectomy pain syndrome (PVPS). This rare and devastating complication after a vasectomy occurs in less than 1 % of all vasectomies. For those unfortunate few men, the pain can be severe and debilitating. The pain can begin immediately after the vasectomy or can develop slowly over months and even years. The pain is believed to be a result of obstruction and a build up of fluid within the now sealed system. As the fluid builds up, the tissues become distended, causing stretching which causes significant pain. This pain can be especially severe after sexual activity. For many, the best option is microsurgical (http://dadsagain.com/resource-guide/microsurgical-vasectomy-reversal.html) reconnection of the ends of the vas, restoring flow and decompressing the system. 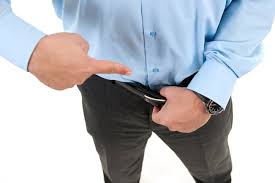 The good news is that whatever the reason, the chances for success are excellent, from 90 to 96%. At the International Center for Vasectomy Reversal, we are able to achieve a level of success that can only come from years of a full-time, single specialty vasectomy reversal practice – a practice with thousands of patients who travel to Tucson, Arizona each week from throughout the world. Drs. Marks and Burrows have the volume and experience to insure you get the best chances for a successful reversal. This is the reason so many trust ICVR for their vasectomy reversal.

10 Things You Can Do This Week Instead of Online Shopping

How to Hide Your Orders on Amazon

3 Ways to Get Free Amazon Shipping Without Prime

3 Ways to Give to Charity by Shopping